US Route 66 was established in 1926 by John Woodruff and Cyrus Avery.  Three years later, in 1929, Rockwood Court was built on Route 66 and Deverne Ruckman began operating it as a Tourist Camp.  Mr. Ruckman also built a Shell Oil Filling (Gas) Station and house on the property.  At that time, the address was 1902 College and the property was located on the west edge of Springfield.

Through the era of the Great Depression, the Tourist Camp changed ownership and management many times.  In 1948, the address changed to 2200 W. College and the property was named Rockwood Motor Court.  That name has stuck with the cabins for over 70 years as we mark 90+ years on Route 66.

All six cabins, as well as the filling station, café, and remaining single car garage, are original to the property.  One garage, on the south side, is no longer standing and that area has been converted to an outdoor gathering space.  The cabins are constructed of Ozark sandstone and trimmed with red brick.  The sawed sandstone gives the appearance of wood grain in the rock and it is believed the name Rockwood was coined from the distinctive pattern of the stone.  They are framed in native oak lumber with diagonal boxing under the stone exterior. The roofs are classic gables covered in composition shingles.

In 2020, the restoration of the gas station and house, long operated as a restaurant, begins and they will be returned to their original purposes. The stucco and rock house will become a part time residence for the owners and a part time short term stay rental.  The gas station will take on the look of a filling station again and become the tenth overnight rental unit with a gas station theme. 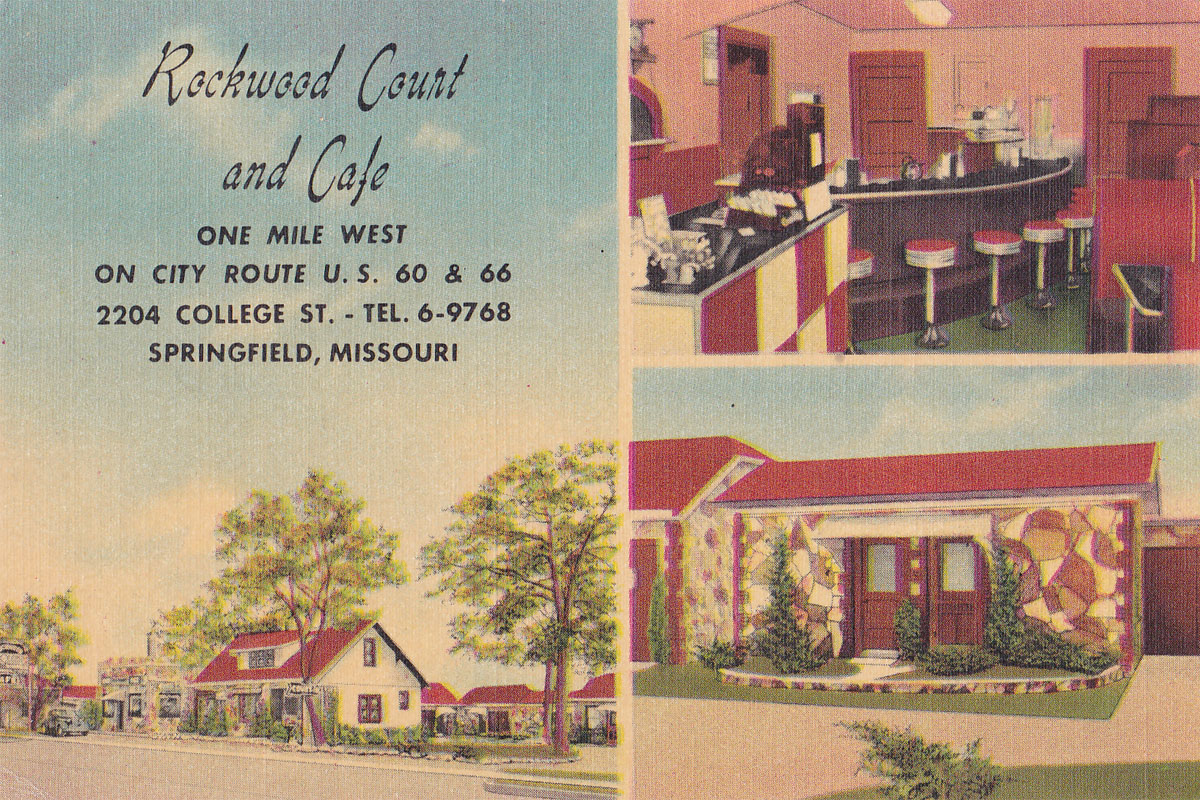 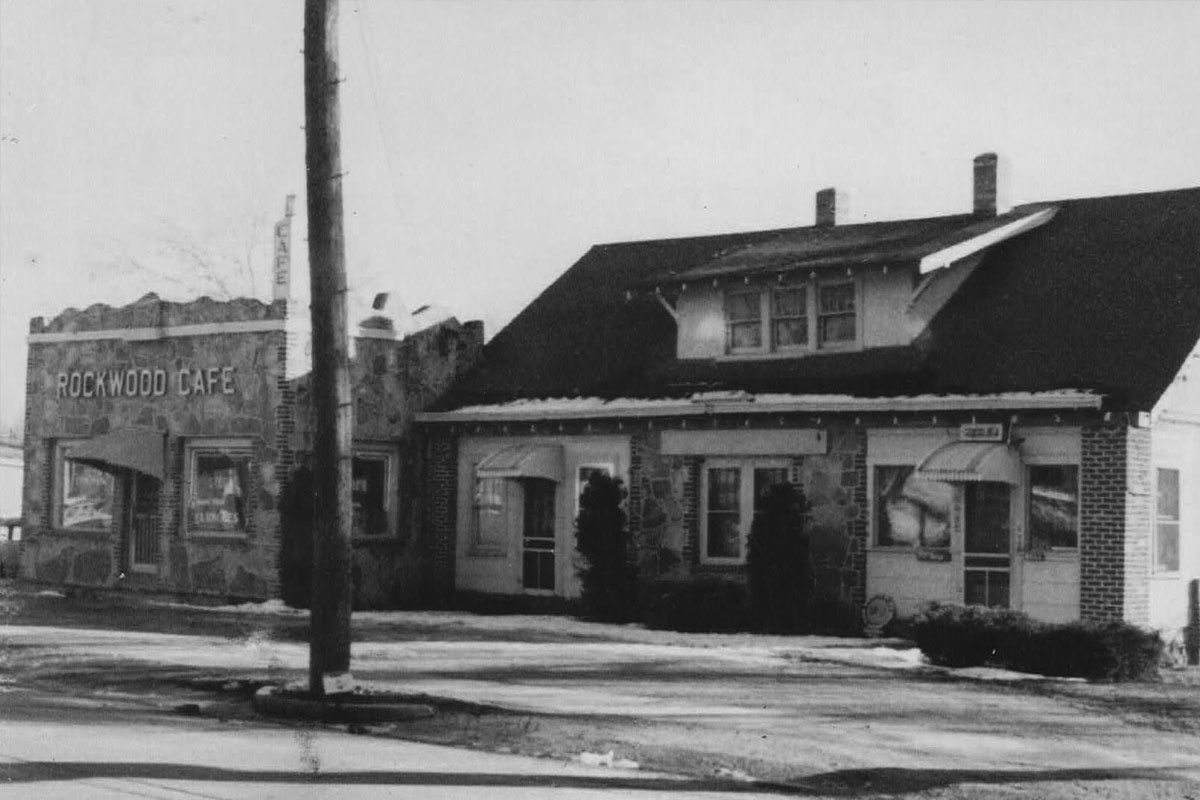 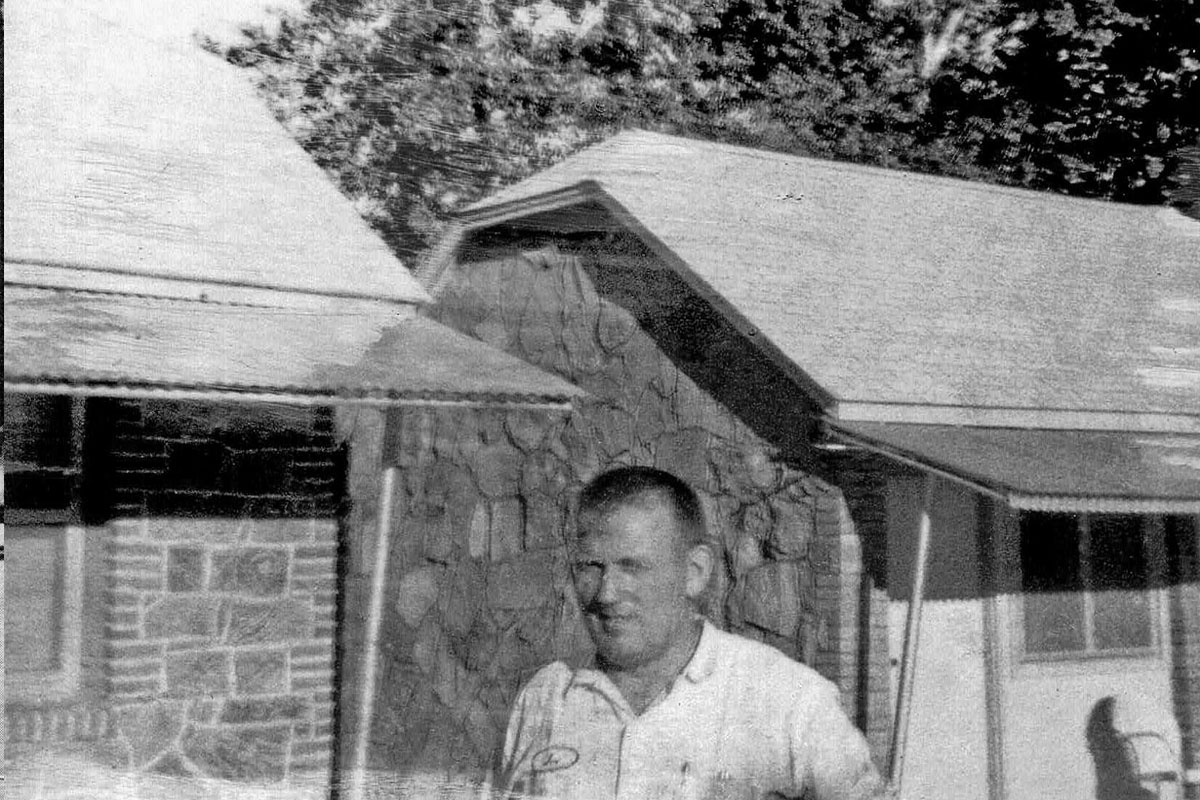 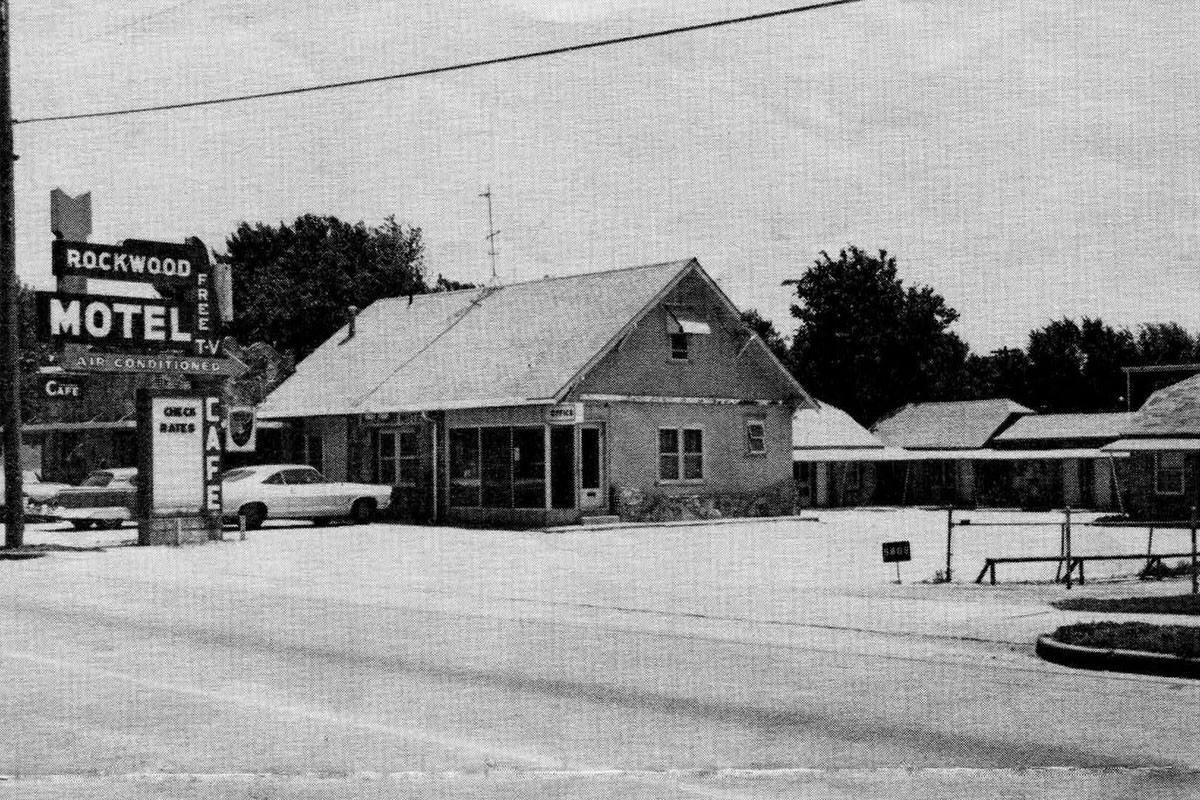